Why lean tech is your ticket to monetization.

The concept of content distribution has done a few somersaults since the start of 2018. Facebook's family and friends algorithm shift in January put publishers in a panic about how to maintain visibility in the News Feed. Just a little over a month later, the popular new media company LittleThings shuttered its digital doors, citing a dramatic loss of its audience thanks to the algorithm change.

The closure of LittleThings was a manifestation of publishers' worst nightmare, particularly for those dependent on Facebook's audiences to drive revenue both on and off social. Also in February, Google Chrome's much-anticipated ad-blocking plugin launched, extending a long rollout of an ad-free internet. Between the new Chrome and Facebook's algorithm juggling, a resurgence in search has been sparked. But publishers' woes don't end there as Google continues to refine its own algorithm amid the chaos. The search engine's updates so far this year are complicating strategies for everyone still scraping to win back referrals lost following Facebook's dramatic shift in priorities.

The twists and turns taking place within the first nine weeks of 2018 mean it's time for publishers to rethink how they're building audiences and generating revenue. Your natural inclination may be to start doubling down on dev teams who can try to build a unique experience to help you stand out above the noise. But it's actually the opposite: Lean tech is the way to cut through content saturation, and saving costs is the new revenue stream. We've boiled it down into two steps: 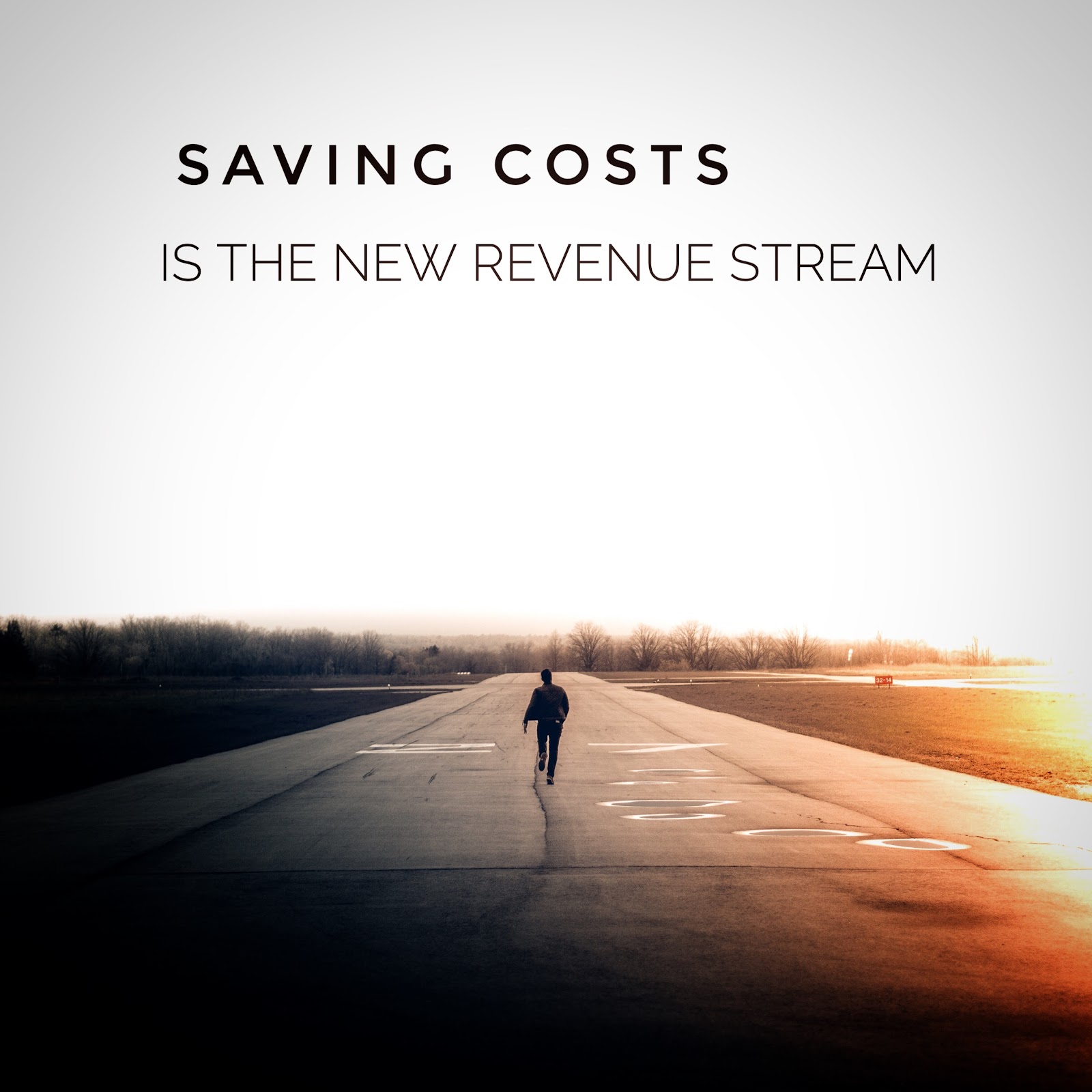 Diversification is particularly important for big brands who have relied on Facebook's algorithm to maintain reach in the past. Brands, along with publishers and influencers, can no longer take the easy way out. Good content and platform diversification are the only ways to win in today's social climate.

Let's check in on some of the major platforms and review their current monetization opportunities that you should be taking advantage of:

Recent Updates: Just when you thought Twitter was dead in the water, the internet's doorstep for everyone's opinions has made a comeback. After Facebook's big algorithm update at the beginning of the year, engagement became the metric to watch — and Twitter gets plenty of it. The platform saw double-digit engagement growth and a 14% increase in daily users by the end of 2017. Twitter's video ad program, Amplify, also grew 60% last year.

Publishers are feeling the impact of Twitter's increase in daily users and engagement, with some brands seeing their video views increasing fivefold. While Twitter may not have the same kind of referral numbers as Facebook and Google, publishers on the platform are not slaves to a puzzling algorithm that can often feel impossible to keep up with, let alone beat. Investing organically and experimenting with Twitter's own ad experience could be what your brand needs to move the needle on social ROI.

Recent Updates: YouTube has already established its place in the social ecosystem just as video-streaming services are becoming the default way to consume entertainment. Before its shutdown, LittleThings was obtaining 75% of its views from Facebook Live. But just because the algorithm changed, doesn't mean there's an adequate audience for Live video. And that's why YouTube is a great pivot. The platform has recently made changes and enhancements to its live streaming services, including live chat, location tags, and captions, which all make it easy to optimize the format.

The streaming platform has also recently updated its monetization policies, and is now enforcing stricter rules on the benchmarks users have to meet to make money off of their videos. While this was a blow to smaller channels, it's good news for advertisers who were getting burned from having their ads show up before inappropriate videos.

Recent Updates: Following the Facebook algorithm update in January, the shift of advertising dollars to Instagram is expected to be in the multimillion-dollar range. This is great news for publishers seeking to rev up their monetization opportunities on the platform, especially since Instagram gets more user engagement than both Twitter and Facebook. And as mentioned earlier, engagement is the metric to watch.

Instagram recently announced plans to add carousel-type ads to Instagram Stories, which topped 300 million daily users at the end of 2017. While the platform's growth has been exponential, it's still nowhere near as saturated as Facebook, which leaves room for publishers and advertisers alike to achieve unobstructed visibility in front of active audiences.

Recent Updates: Many publishers might consider the algorithm update to be doomsday for ROI on Facebook. But the reality is, it's a shift to focus on quality content. And that might mean a major shift in strategy for a lot of publishers. The platform made personalization and customer experience its primary concern after the fake news fallout of 2016. That's when Facebook began a rollout of quality control updates, including de-prioritizing third-party links featuring annoying ads that slowed down site speed. The latest major algorithm change is only a continuation of that experience prioritization, and it's the number one reason why this dramatic shift will be good for the digital ad industry over the long haul.

Leveraging content that sparks conversation is the number one way to win back eyes in the News Feed and start seeing returns. While platform diversification is key moving forward, it's still important to play Facebook's game. Utilizing Instant Articles can help bring in revenue with every publish. Also, it's important to note that the algorithm change had no impact on Facebook's Ads Manager. Still, publishers should focus on quality writers and perfecting user experience to win on the platform.

RebelMouse is a media-minded agency that offers a powerful CMS built on lean tech. We can overhaul your entire digital strategy so that your content is supported by innovative technology set up for successful monetization on each platform. Request a proposal today to get started.

New Report: Email Is a ‘Key Tool’ for Building Loyalty

What You Need to Know About Alt Text for Search

INP and Core Web Vitals: What You Need to Know

In 2022, Publishers Take Back Control With Subscription Success

It's been a long and winding path, but in 2022 the subscription model continues its upward trajectory as a top revenue strategy for publishers of all sizes. The tug of war between platforms and publishers reached its peak in the last few years of the previous decade, leaving users desperate for a modern user experience that's clear of any clutter from the duopoly that is Google and Facebook. This is why intelligent paywall models are a top choice for users looking to consume content right from the source. When done correctly, the strategy can work for any type of media. The New York Times, a frequent showpiece example of the power of paywalls, is constantly reporting record-busting subscription numbers, with 7.6 million digital subscriptions in 2021.

At RebelMouse, we pour our souls into making sure that our platform is always the most modern, high-performance CMS on the market. In fact, we invested over $100,000 worth of hours into our platform in Q1 2021 alone. This has resulted in updates and performance enhancements that publishers would have to pay for on their own to make happen on any other platform, such as WordPress. We're proud to be at a level of scale where we can invest this way into our platform, and we will continue to invest at this rate every quarter moving forward just as we have in the past.

Here are the major updates that we've added to the platform in Q1.

Most publishers are bogged down with day-to-day content strategy and creation, which usually means their technology suffers. That translates into poor search rankings, traffic dips, and loss of revenue.

Even so, the idea of replatforming to a new CMS, migrating your data, and overhauling your site’s architecture can sometimes feel more daunting than simply fixing the issues your website currently faces. But the stumbling block here is that most publishers aren’t even sure what the exact problems are with their current site.

That’s why RebelMouse offers a free website health check. This comprehensive audit will help you make a data-backed decision on what the best and most cost-effective next steps are to brighten your site’s future. Here’s what our health check includes:

The post-pandemic user landscape is still ripe for subscription revenue

You can get a subscription for everything these days. Whether it’s a cheese-of-the-month club or annual access to read your favorite content, the subscription-based model has continued to gain steam in recent years. In fact, the market for digital subscriptions is valued at $650 billion according to a new report from Lineup, a subscription management solution.

The power of the subscription model has been growing since even before the COVID-19 crisis began, and isn’t showing any signs of slowing as we enter a post-pandemic landscape. According to What’s New in Publishing, Gannett reported a 46% year-over-year increase in digital subscriptions in November 2021, putting them at 1.5M total subscribers. Hearst grew its digital subscriptions by 50% in 2021.

But subscriptions aren’t just for big name publishers. Users in 2022 are ready to pay up for legacy names and new media companies alike, as long as it’s for an experience that’s beneficial to them, reliable, and free of the clutter that can come from third-party platforms. Speaking of platforms, even TikTok and Instagram have started to gauge their audiences’ temperature on subscription experiences. So, the competition has never been steeper for publishers looking to build a subscriber base. Unfortunately, launching a simple paywall may not be enough.