A New Model for Surviving as a Media Company

Mic's collapse is a wake-up call for publisher survival.

Millennial-driven news publisher Miclaid off most of its employees, around 60 to 70 people, in late November 2018. The media company's remaining leaders then announced plans to sell the rest of Mic's assets to Bustle Digital Group for an estimated $5 million. In 2014, Mic raised $60 million in funding at a time when 70% of their traffic came from Facebook. The media property's collapse is another major loss in a lineup of publishers who went "all in" on failed distributive strategies, including frequent content pivots, that ultimately led to nowhere. 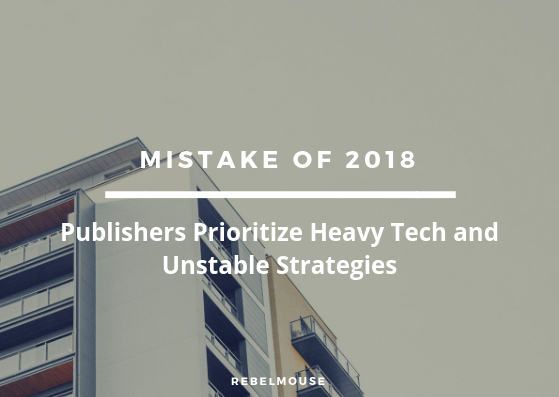 Expensive and Misguided: Where Publishers Went Wrong in 2018

Mic joins companies like Mashable, LittleThings, and Upworthy, all of which experienced dramatic layoffs at some point following Facebook's "friends and family" algorithm change in January 2018. The update, which deprioritized publishers' content in Facebook's News Feed, left companies like Mic with less than half their audience and a site that could no longer sustain growth on its own. Mic investor Jeremy Liew acknowledged this failure in a tweet shortly after the announcement: 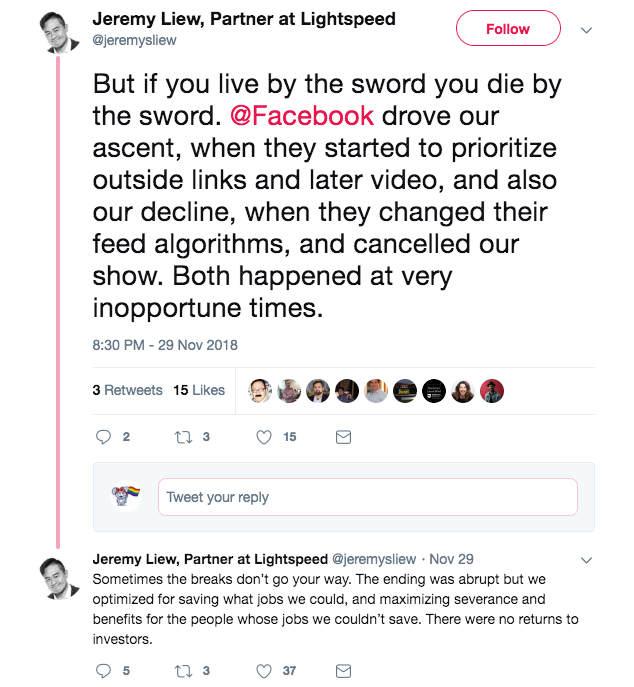 Mic's "live by the sword, die by the sword" strategy is a common misstep for publishers, and not just on Facebook. The infamous pivot to video similarly had publishers going all in on an expensive strategy that turned out to be more of a marketing ploy for the duopoly (meaning more ad revenue in the hands of Facebook and Google) rather than a content medium valued by millions of users.

Another misguided pivot by publishers was investing in expensive, resource-intensive CMS platforms in an attempt to keep up with the increasing algorithm changes and industry shifts. But spending more money on custom tech, or relying on difficult-to-maintain, cookie-cutter site producers like WordPress to keep up with the tech giants, is also unsustainable, and deviates from prioritizing actual sustainable content strategies. It's why "Buy or build?" became a hot-button issue among industry leaders as 2018 drew to a close. Jesse Knight, the former Chief Technology Officer of Vice, recently unpacked this question, and suggested that it may be time for publishers to adopt a common publishing platform to effectively fight the media giants.

A united front would streamline common problems among publishers, which not only includes unpredictable algorithm changes on social, but also problems like Google's frequent updates to SEO rules that can often rerank sites with little-to-no warning. Instead, it would put costs back into where publishers should be focusing: Creating content that is valuable to audiences. 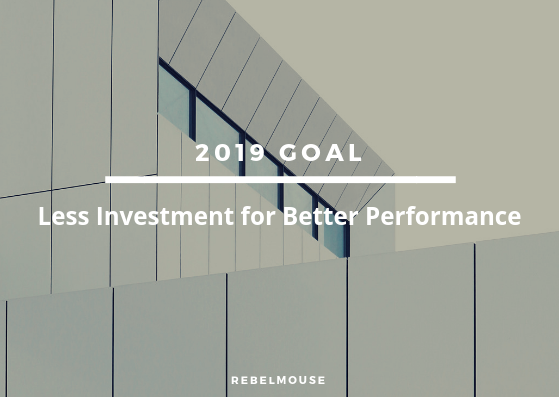 Performance and Practicality: What Publishers Need to Survive in 2019

The big publishers with high valuations will have to come to terms with the fact that it's time to replatform to a cost-effective solution that is massively scalable and customizable. The good news is that this change costs a fraction of their current budget. The largest media companies are paying $10 million or more to maintain a CMS that is dated. The financial forecast will no longer work for these companies if they remain on the same track.

For medium-sized publishers, the costs of survival are the same. With smaller budgets, their audiences will dwindle as the algorithms continue to deprioritize low-performing sites. The only path to survival is a cost-effective platform that can bring together all the costs that make the financials work while simultaneously having a state-of-the-art product.

RebelMouse was built to outpace the speed of the media giants. We give medium and small-sized publishers better technology and performance than what's offered to the media companies wasting $10 million a year to keep their WordPress and other custom platforms running.

The good news in all of this uncertainty is that users are now more comfortable with enduring a few more clicks (which used to be a fatal fate for a site during the initial rise of social) if it means they can consume the content they want quickly and without interruption. At RebelMouse, we've embraced this ideology through successful subscription strategies for our clients — the use of an effective paywall has actually increased both new and returning users for them.

A big part of regaining control of readership from the platforms (and expensive CMS platforms) is prioritizing page speed and performance. Users may be willing to take extra steps to get to the content they want, but they still have plenty of reasons to click away if the experience isn't perfect. Often times, expensive CMS options will overlook performance in lieu of more tangible features. We recently took a look at how major custom CMS options stack up against Google and our RebelMouse-powered sites. The results in our study might surprise you.

RebelMouse is the kind of centralized solution that can solve many of the publishing industry's problems. Our CMS has fueled media powerhouses in nearly every industry. We've helped launch some of the biggest new media companies to date — such as Axios and The Dodo — and have propelled brands like United Airlines, PAPER Magazine, and Dance Magazine to success in the digital and social space.

The new year is bound to bring in more surprises from the platforms. Most brands and new media companies alike cannot produce quality content and stay on top of what is currently working and not working in the digital publishing space. But our publishing platform keeps up with the speed of the industry while still delivering a customized experience to optimize your content on site, and for search and social.

Stay on top of 2019, and set up your media property for modern success. Request a proposal today and let's start working together.

Related Articles Around the Web