When Facebook CEO Mark Zuckerberg announced that the platform's algorithm would soon shift to prioritize posts from family and friends, brands and publishers went into panic mode. With good reason, because this latest update is going to change Facebook monetization strategy a lot. But it won't be the final nail in the coffin for publishers.

Think of this algorithm shift as a retreat back to the Facebook that once was. The platform used to be a social, personal space meant for sharing huge life updates and all of your pictures. Now it's become a passive platform where users mindlessly scroll through content, overwhelmed by readable videos and news stories without any real attachment to who is posting what. This shift intends to take us back to a more intimate place, and there's still room there for publishers, too.

Don’t Get It Twisted, the War Is Real 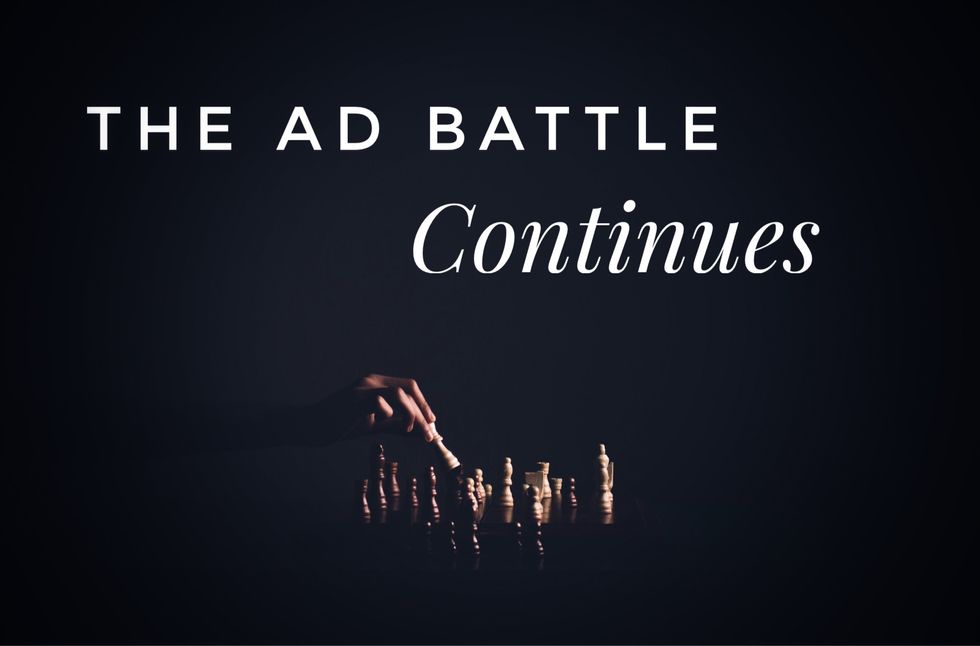 While the title of Facebook's announcement is "Bringing People Closer Together," it doesn't change the fact that the tug of war over ad tech in the industry is still an ongoing battle. Google is currently the leader in referral traffic, but Facebook isn't far behind, and the duopoly's reign shows no end in sight.

Given the amount of information Facebook has on every user, the Facebook Audience Network (FAN) is a true rival to both Google and all other social platforms who compete with it. This is one of the main reasons why the platform's revenue opportunities cannot be ignored. Facebook still has two powerful weapons in its arsenal: an incredible amount of active daily users, and a seemingly infinite amount of data on them.

Despite these amazing tools, Facebook has made it clear that they aren't afraid to diminish the reach of brands and new media companies. The platform began this pattern in 2017 after the infamous fake news fallout, which drove their ongoing push to de-prioritize vague and misleading headlines alongside any clickbait or "gotcha!"-style posts.

BuzzFeed CEO Jonah Peretti touted the ramifications of poor-quality content in the digital ad space as far back as 2016 in his year-end memo. He credited how slowly the ad industry had taken to adapt to digital as the root cause of all the problems facing social ROI, and his sentiments still hold true today. "Social platforms can only optimize the content uploaded to their services, and when there isn't a solid business model for content, the void is filled with fake news, cheap entertainment and deceptive ads," Peretti said.

Think of this algorithm change as the latest chess play by Facebook in the ad war. It's designed to up the stakes. While the platform has told us that pay-to-play content will not be impacted by the change, expect CPMs to rise as the fight for appearance in the News Feed becomes more competitive. The next chapter of the war will be focused on who — whether it's a brand, media company, or news publisher — can create the most compelling content that's worthy of the News Feed. Facebook is hopefully setting the standard for a less-obtrusive internet. Hopefully all of the platform's friends and enemies alike will follow suit. 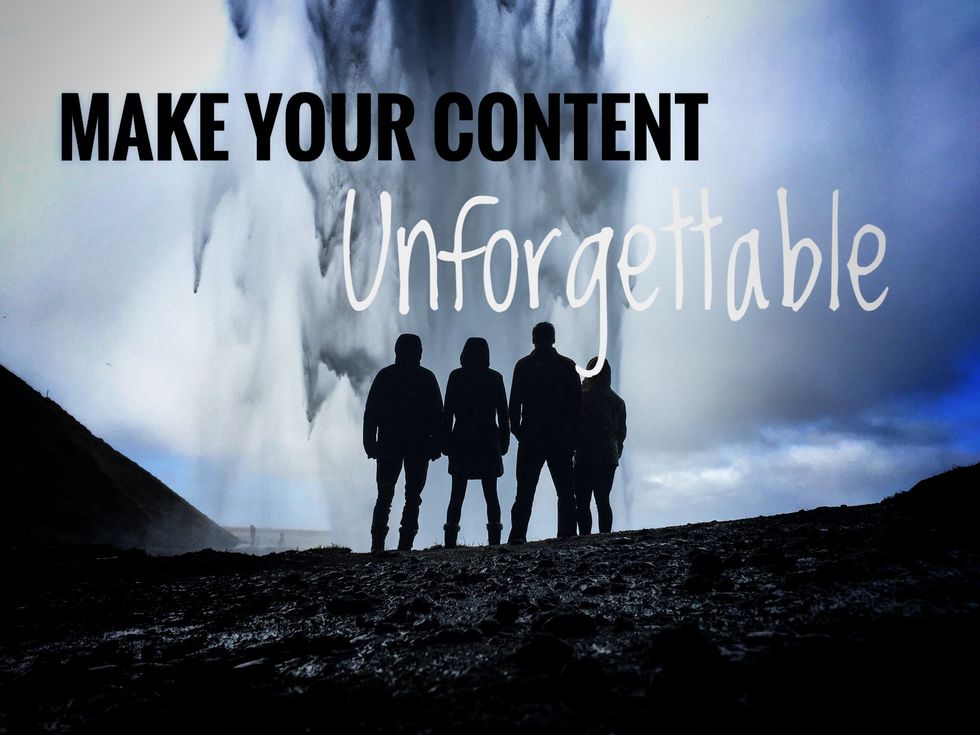 We've always been big fans of personalization and customer experience at RebelMouse. Facebook began to make them one of its primary concerns too in 2017, when it began to de-prioritize third-party links featuring annoying ads that slowed down site speed. Sites containing video ads were most notably affected. This latest algorithm change is only a continuation of that experience prioritization, and it's the number one reason why this dramatic shift will be good for the digital ad industry.

Media companies and especially brands will have to be extra savvy moving forward. Quality content has never been more important. It must be as personal and as compelling as a life update from a close friend. When creating content in the post algorithm apocalypse world, if you get any part of the experience wrong, you won't be prioritized on Facebook and you won't make any money.

Here are some things, or really engagement loopholes, to keep in mind for your new Facebook strategy this year:

Organic: Quality content will still perform organically on Facebook in light of the new changes. The brands and media companies who make it work will be very passionate about reaching the right audience on every platform. This means understanding likeminded Pages and communities that would be interested in your content. Making use of Facebook groups and Messenger will be key strategy takeaways by the time 2018 ends. It will take a little more legwork to get organic growth, but it's our mission at RebelMouse to foster organic loyalty for anyone who is adrenalized about their content. Once you've achieved organic loyalty, you've opened the door to creating more revenue.

Influencers: The whole idea behind the algorithm shift was to make the platform become more personal and humanlike. If brands and new media pages no longer have top priority, actual humans still will. This is an opportune time for both influencers and influencer marketing to step up their game and create dynamic storytelling that goes beyond an ad-driven experience.

Branded Content: Much like the concept of influencer marketing, branded content will become even more relevant in the days following the algorithm shift. This doesn't mean just leveraging nice-looking sponsored posts, but rather using actual branded content that prompts genuine engagement from people. It's that engagement that will turn into growing impressions in the News Feed.

Custom Audiences: The usage of custom audiences has been a gold mine for awhile, but this latest change really puts their value into perspective. Using customer lists and engagement rates to create custom and lookalike audiences will prove beneficial to your ad spend like never before. Targeting audiences that are known engagers of your content can only increase reach.

Perfect Links: Any third-party link posted to Facebook needs to be perfect. This doesn't mean just for quality of ad copy and imagery, but the experience overall. For instance, if your content doesn't use Google's Accelerated Mobile Pages (AMP) format, your link is already losing before you've published. Make sure every page is optimized for speed and clarity.

SEO: If Facebook stops showing news stories in the News Feed, people are still going to seek out somewhere to get their news from, and chances are it'll be Google. Understanding the modern-day techniques around winning SEO, and using social to up your search strategy, is more important than ever.

Invest in Writers, Not Heavy Tech 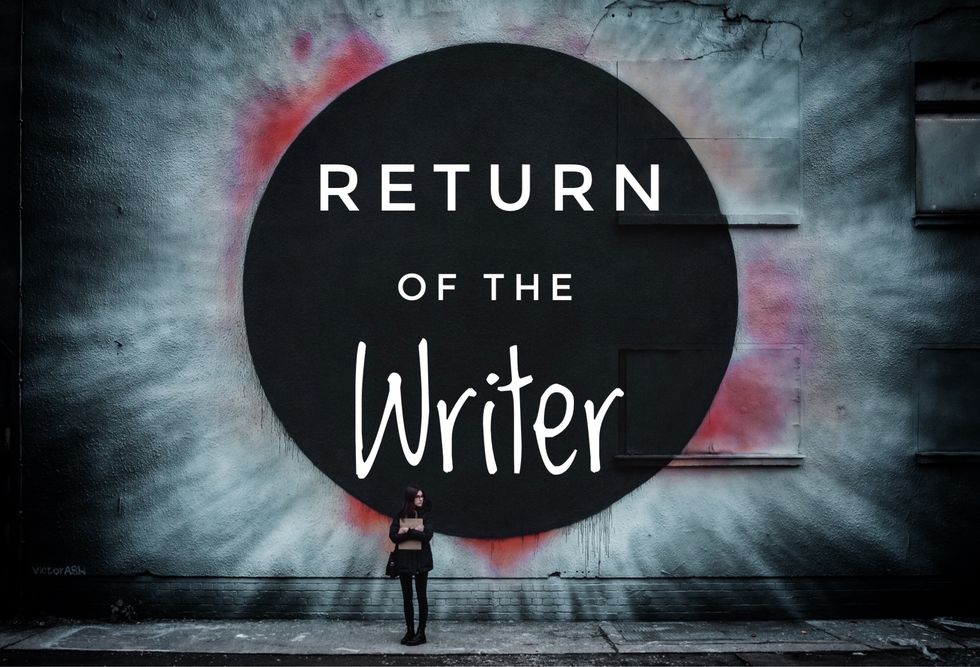 Another upside to this algorithm change is the important return of the writer. Quality content has always required content creators with good writing chops. But the failure of the pivot-to-video movement, alongside this latest algorithm shift, makes worthwhile writing not just an add-on, but a make-or-break factor in whether your content monetizes at all.

Brands have always considered operating on Facebook to be a pay-to-play strategy, which is partially why engagement baiting lasted as long as it did. But as Yuyu Chen at Digiday points out, this change ushers in a new era: "The new Facebook algorithm will filter out clickbait-style promotions ("Like our product if you think this dog is cute"), which will pressure brands to create more meaningful content over the long term."

Shifting from a pure pay-to-get-seen type of ad strategy to creating substantial content with opportunities for actual organic lift is an exciting time for brands, publishers, and, most of all, writers. To make money off of FAN, content has to be worthy of it. There has to be more genuine content in the News Feed that people want to have conversations about.

This means it's time to invest in experienced writers, social gurus, and content strategists. Continued investment in heavy dev and tech teams will only make your content's visibility suffer in the end.

What to Do Next 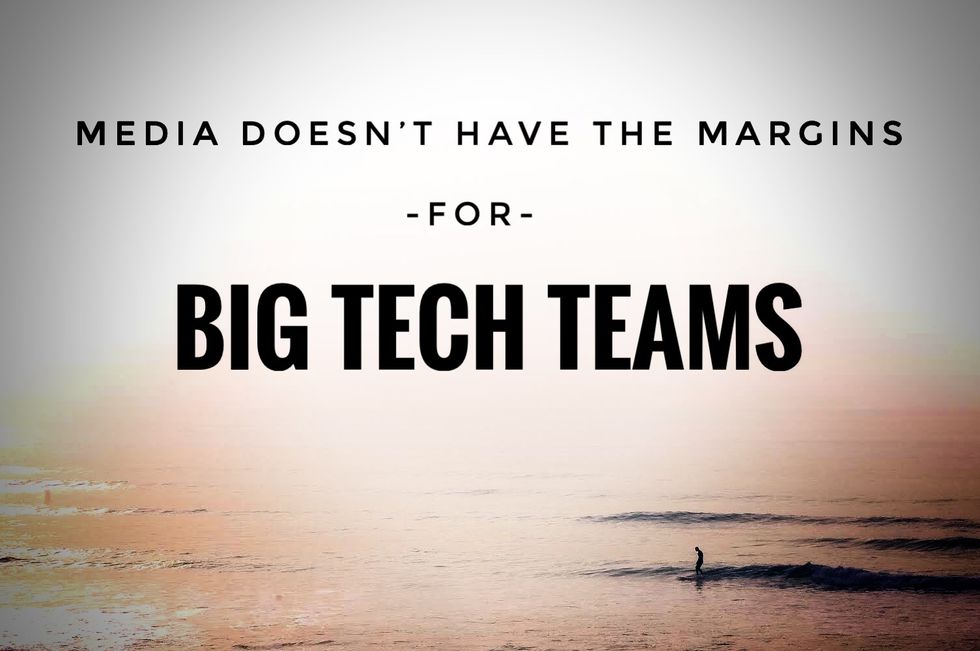 It's pretty scary to have to rethink the entire business strategy that you may have just finished perfecting at the end of 2017. We've got a number of free resources available to you on our site about how to grow organically and leverage the platforms for your benefit — not theirs. We also offer strategy services around content, search and social marketing, and more, and you don't even have to re-platform to our CMS to gain access to them.

At RebelMouse, we live for algorithm changes like this because it's our passion to keep up with the platforms and tech so you don't have to. Your product should be your content. Let us know if you want to start working together.