It's always hard to imagine what is next until suddenly it's dramatically obvious.

It is now completely clear. The first phase of the internet confused freedom of speech with code of conduct. Platforms built through the hard work of good people are being used to spread hate across the world at rates we have never seen before. The largest platforms in the world are now completely toxic. And in our decades of enduring this, the toxicity has become normalized. What women endure online — as an important example — is worth sobbing over (and I honestly hope you do).

Trump is the first Facebook president. He put all of his (and Russia's) campaign money into social. Not only was it immoral for Facebook to take the money of a bully to make their quarter, but they continue to operate a broken paradigm. Trump should have been banned at least five years ago for his abusive bullying online. Now he threatens a nuclear holocaust on Twitter, and Jack Dorsey stays silent.

This is because the platforms of today were built from the ground up on the model of free speech. Which is fine. Those platforms can exist for you to say whatever you want for good or ill. It's not like we can have an enforceable code of conduct for the entirety of the open web. But we can have a code of conduct for the social platforms we choose to use. And the right one will emerge to be a safe place where there is no room for bullies.

Twitter and Facebook have their codes of conduct already in place and have every single reason to ban Donald Trump from using the platforms they worked so very hard to create. After all, the only thing at stake is the tens of millions of lives that will be lost when he uses our nuclear force on an impoverished country, or the fact that he tortures the weak in our very own country — one many generations worked so very hard to build.

I believe culture is malleable. It is ideas that change culture. We have a responsibility to work on spreading the ideas that matter, and to spread them on platforms that value their code of conduct as much as we value our Constitution. 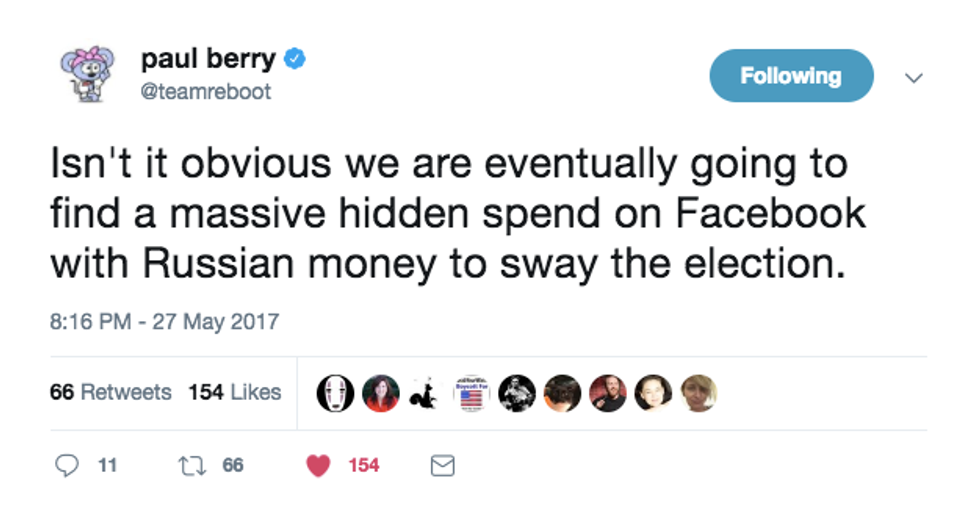 RebelMouse CEO + Founder Paul Berry vocalizes what we were all thinking in May 2017.

Let's Build Something Great Together
Request a Proposal