As a direct result of the Cambridge Analytica user information scandal, Facebook announced plans to restrict data access on their platform. In what Facebook promises will be "many changes" in the coming months, the platform started by cutting off API access to Events, Groups, Pages, and Instagram for new developers. If a new developer wants to gain access to these APIs, they must first submit a request for a formal app review.

Part of these API changes is a new access token requirement for app developers. The new rules require user access tokens to be renewed every 90 days. For example, if you use your Facebook account to make dinner reservations on OpenTable, that requires a Facebook token. These tokens can only be renewed with the consent of the user using the app.

Facebook also announced that they will make changes to the following features: 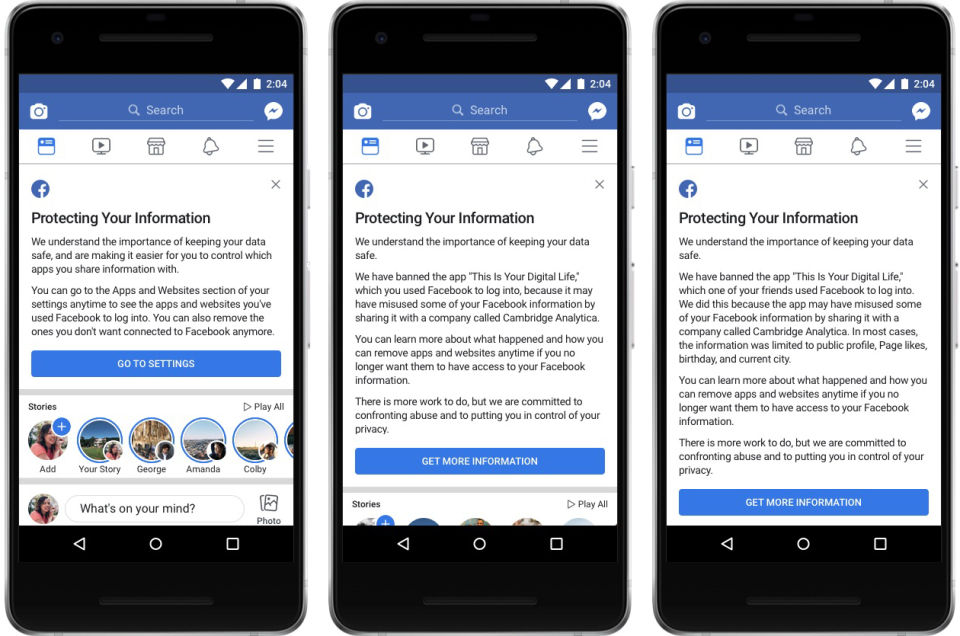 You may have seen this app control at the top of your Facebook News Feed recently.

What Do These Changes Mean for You?

In the short term, expect bugs around any app you use that uses permission settings from Facebook. This could be anything from Spotify to Tinder, the latter of which actually went down for a few hours after the API changes were pushed live.

For developers, this means even more red tape to gain access to Facebook's platform, which could cause some features and products you use every day to be shut down temporarily — or even permanently.

In the long term, expect more changes like this to be rolled out by Facebook and other social platforms. While these privacy changes may temporarily upset your user experience, they're designed to protect your information so it's (hopefully) never compromised again. The best thing you can do in the meantime is take proactive steps to protect your own data.

Facebook makes a lot of algorithm and platform updates, sometimes daily. At RebelMouse, we keep track of them so you don't have to. You can find a timeline of 2018 updates here. We do the same for Google as well.