Get to Know RebelMouse and Its Founder

We are a creative agency that innovates with deep technology. Our proprietary, cloud-based, next-generation CMS has fueled industry powerhouses, including The Dodo, Axios, and PAPER Magazine. Founded by Andrea Breanna, the former CTO of The Huffington Post, our media-minded team of experts work closely with publishers and marketers to help their stories reach the right people, and to build experiences that create loyalty, engagement, and conversion. 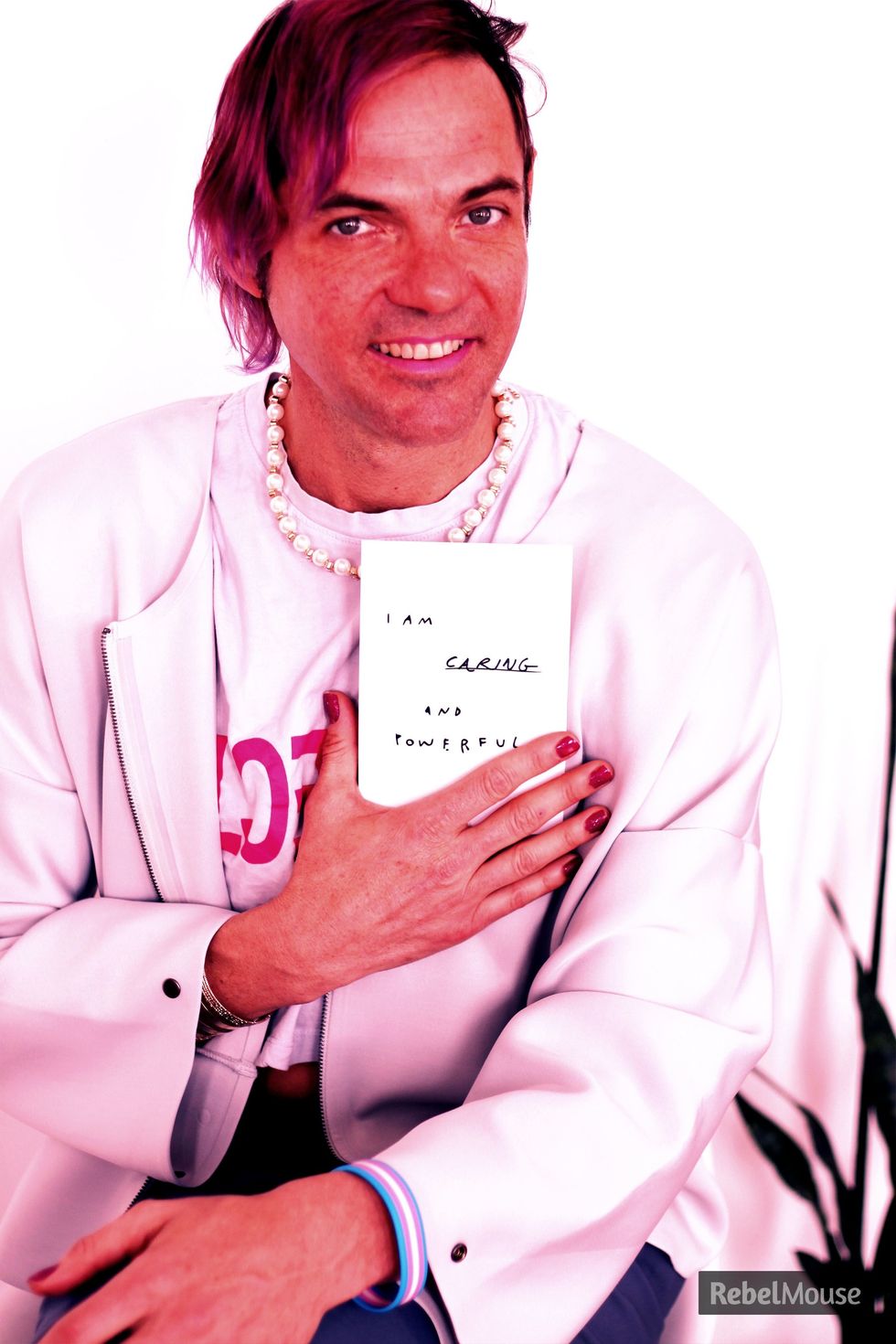 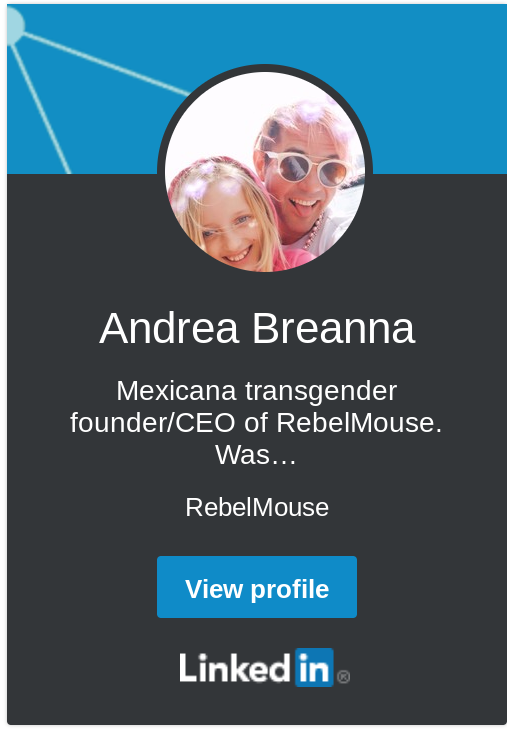 Andrea Breanna is the founder and CEO of RebelMouse, a creative agency with the best CMS platform in the world. The company has built two of the biggest new media companies to date — The Dodo and Axios — both of which were merely ideas when RebelMouse began the strategy, design, and development work. RebelMouse also powers United Airlines' Hub and many of the most popular media sites you know and love. Collectively, RebelMouse-powered properties reach more than 50 million people a month, which makes it one of the top 50 properties in the U.S., and one of the top 500 in the world.

Andrea is proudly and openly transgender. Specifically, Andrea is a non-binary, transgender lesbian (transbian) who is happily married to Milena Berry, the founder and CEO of PowerToFly. Together they have four, beautiful kids and live in Tribeca, NYC.

Before RebelMouse, Andrea was CTO of The Huffington Post where she joined in the first year of the company's life and ran the product, design, and engineering teams. After The Huffington Post was sold to AOL, Andrea ran the same groups for all of AOL's media properties.

After AOL acquired The Huffington Post, Andrea saw what a custom CMS looked like for the first time. She inherited 53 properties built on dozens of different content management systems, but soon realized that they were all built by IT people who didn't fully grasp the concepts of traffic and distribution. Starting in 2012, RebelMouse was the first platform to create the "social front page," a hub where users could aggregate social feeds all in one place. It went viral with eight million users worldwide, sparking Andrea to realize that there wasn't a CMS to bring it all together yet.

That epiphany — coupled with the realization that social, mobile, and the acceleration of industry changes would soon make everyone's technology painfully obsolete and expensive — led to the birth of RebelMouse.

Here We Are, Thriving and Profitable

Today, seven years after our inception, we're extremely proud of the powerful product we've created. RebelMouse was built to solve the complex intersection of product, engineering, editorial, and revenue. It's allowed us to create a next-generation CMS unlike any other, backed by some of the best venture capitalists in the world.

Rebelmouse built Axios and The Dodo, both of which saw massive success upon launch. The Dodo is the perfect example of unprecedented mass distribution and reach on Facebook, reaching 100 million people a day on average. Axios, on the other hand, embodies incredible loyalty. While their overall Facebook reach is much smaller than The Dodo's, they make up for it by being an insanely engaged site that sees over 90 million pageviews a month. Within the first year of its launch, Axios became a household name.

What Makes Us Tick?

Our true love is building breakout new media hits that become enduring pop culture sensations. One of the main reasons we began RebelMouse was because we recognized that a huge shift in advertising would happen, and that content would become marketing soon thereafter. That shift has since taken place, and it's become imperative for marketers to understand content from a media perspective. Our deep understanding of this concept allows us to power a number of pop culture hits — such as PAPER Magazine and NYLON — but it also allows us to take on legacy brands like United Airlines and BlackRock.

Ready to create something big? Struggling with your current platform? Join us in the modern world: Let's get started together.