Curating viral content isn't easy. If it was, we'd all be doing it and there would be an infiltration of (even more) salt baes and polarizing political GIFs.

But there's a reason why certain types of content get the viral engagement every publisher craves. And it's not as simple as post + pray. Meaning you can't just post something and hope to the social gods you go viral. There's more data behind it. First, you have to understand what makes content viral. Then, how it spreads.

And at its core, it boils down to emotions.

Take a minute to think about the type of content that makes you want to click that "Share" button. You're definitely feeling something — maybe it's just amusement, maybe you're inspired, or maybe it's even rage. But it's enough emotion to make you want to share it with your own followers, so they too can experience what you have. That domino effect yields those crazy-high engagement numbers.

The emotions that perpetuate this notion to share lie somewhere on the quadrant of virality, where love/hate + belief/disbelief are strong enough to trigger some sort of actionable measure. It may seem like a simple idea, but mastering this is what truly takes your content from cute to sexy, and from shared to virally shared. It's what prompts new audiences to engage and become obsessed with your brand. 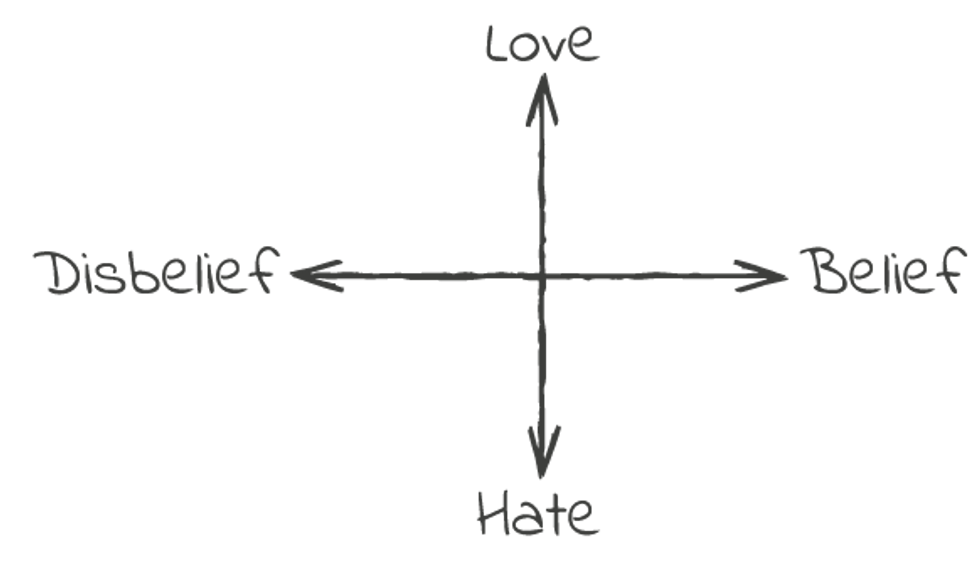 There's a reason why companies like BuzzFeed + UNILAD get thousands of shares on Facebook. It's not because they're guessing. They've tapped into our emotions, even if it's just pure distraction. Each of BuzzFeed's properties caters to a specific niche audience who's addicted to the content they post.

Even BuzzFeed's home page is categorized into "lol," "wtf," "cute," and "omg" — essentially slang terms for love, hate, belief, and disbelief. Here's a look at how each one of those emotions spread on social.

Negative news seems to dominate the feeds (thanks, 2016). After all, it's naturally more attention-grabbing and fear-invoking — the same reason why your local news station's daily lineup leans more toward the grim side of things. It's easy to get caught up in the negative news phenomenon, but too much negativity can turn off your followers. Which is why there's been a recent pull toward positive storytelling, and an audience that's asking for it. 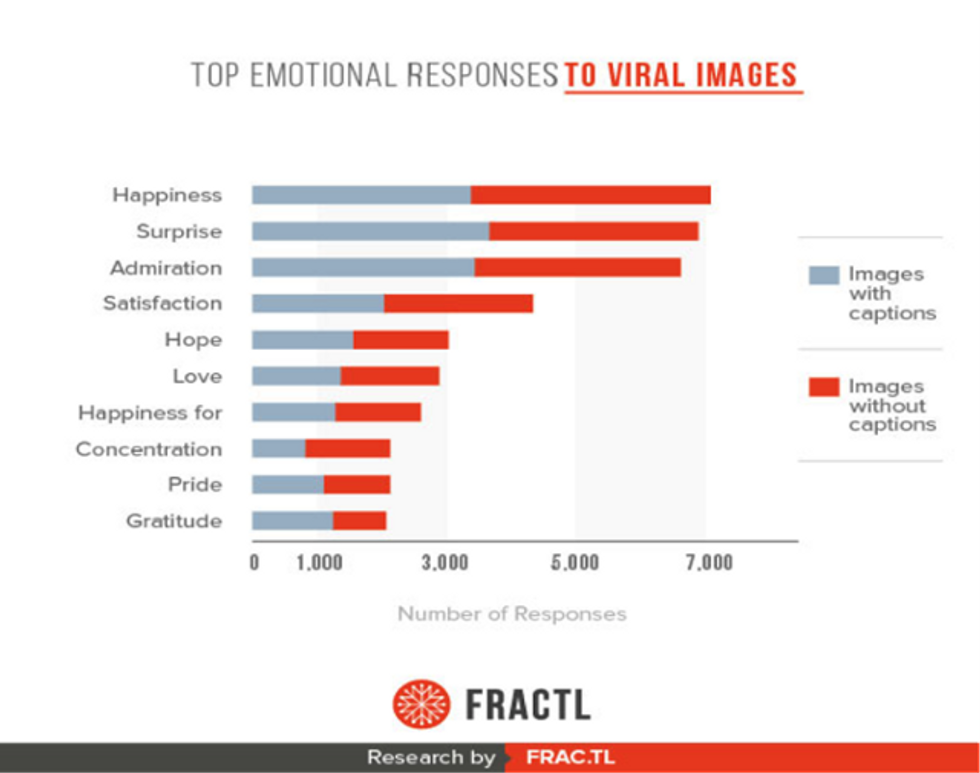 RebelMouse property HooplaHa has adopted this appetite for positive, solution-focused news. They deliver only uplifting content, calling themselves the "antidote to bad news." So far it has granted them stellar engagement + a loyal following. The video below of Mark "The Dog Guy" Imhof garnered over 2K likes, 1K shares, and hundreds of comments. (When in doubt, go with dog content.)

We've all seen what happens when strong negative emotions take a front seat. If you haven't heard, the Pepsi ad flub of 2017 is causing quite the viral outbreak all over social. A negative reception to the ad has prompted those not so much in support to share, retweet, and create their own GIFs, and the backlash only continues to grow. This might not be a case of "any press is good press," but it's certainly viral media we can't stop looking at. (See also: The White House Press Secretary using the phrase "Holocaust Centers.") 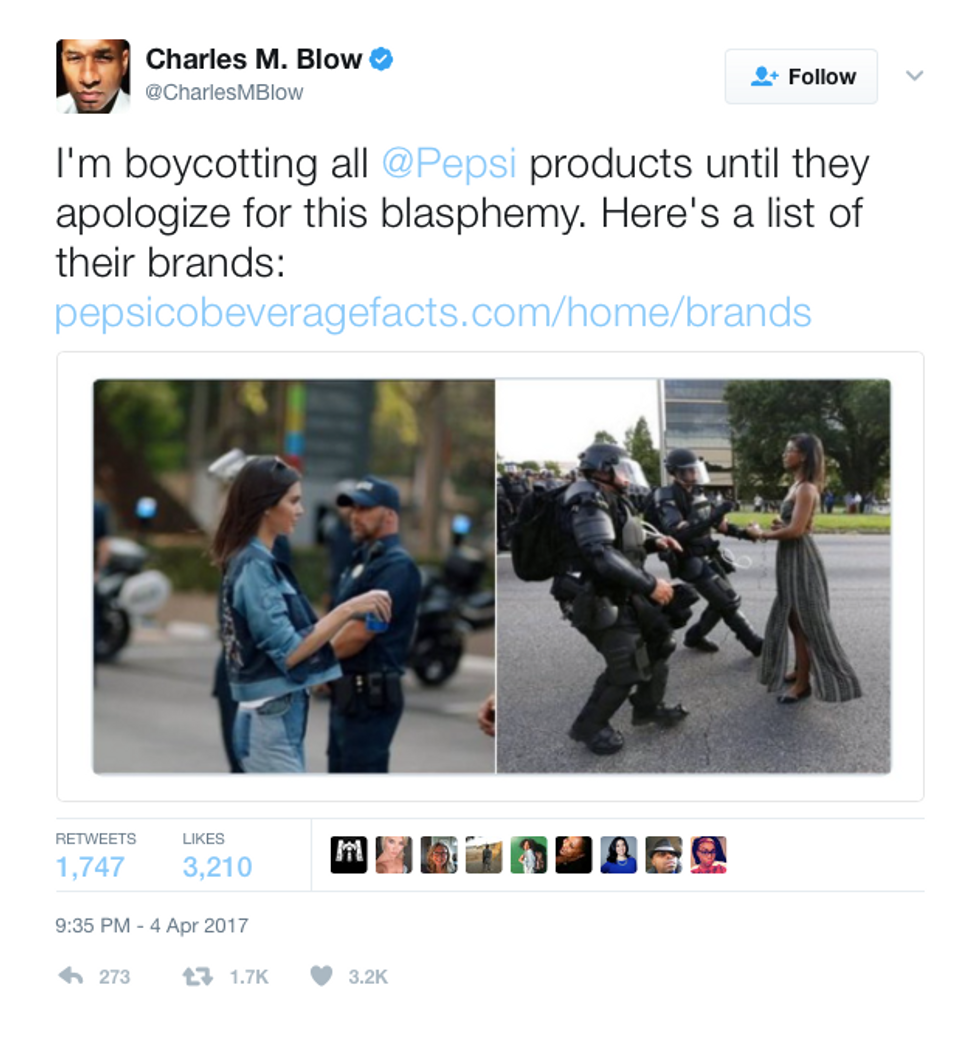 Leave it to political news to best tug at our emotions of belief/disbelief. RebelMouse's viral property Axios has changed the way we digest political news. Their mission is to provide a clear, unbiased perspective which they deliver through snackable microposts. Each of these microposts taps into some sort of emotion of disbelief, key to grabbing the attention of their readers and leading to a substantial decrease in bounce rate and an increase in page views.

Belief can be just as powerful of a driving factor, as seen in the recent addition of the "Fearless Girl" statue on Wall Street. The statue was part of a greater push to pressure companies to add more women to their board in honor of International Women's Day. It gained widespread attention overnight, where pics of women + young girls emulating the statue went viral. It started trending on Facebook, appeared all over Instagram and Twitter, and even got powerful influencers, like Chelsea Clinton, to weigh in. It restored hope + belief in change at a time when many believe women's rights are continually compromised.

"Sometimes, a symbol helps us become whole, and I think the 'Fearless Girl' is having that same effect. She is inspiring everyone at a moment when we need inspiration." — Bill de Blasio, Mayor of New York

Tapping into the emotions of your audience is only half the battle. It's not enough to publish great content. One of our RebelMouse mantras is, "If you put out great content, but nobody sees it, does it even exist?" That's why it's crucial to understand how content spreads. First comes feelings, then comes the data and tech to properly support its growth.

56% of all online adults use more than one of the five most popular social media sites regularly. Which means people live in various places across the social ecosystem. That's why your content should not only live on the platforms, but also easily be able to cross platforms as well. 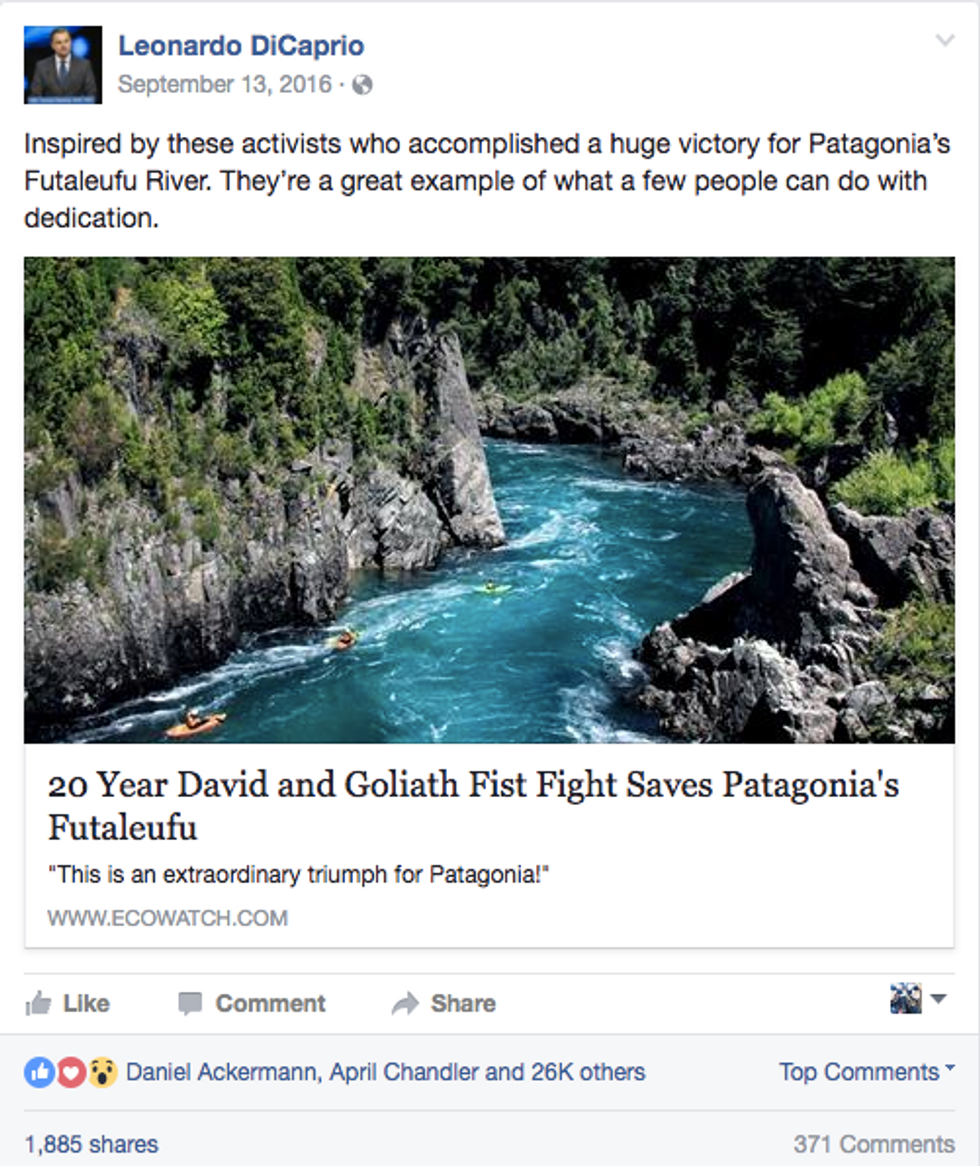 Resonate with the right audience for serious engagement goals.

The ability to cross platforms with ease requires a greater understanding of the current state of distributed publishing — and how to reach your maximum audience without sacrificing everything to social. Axios founder Jim VandeHei recently attributed much of the new media company's success to a revamped monetization of page views, because the old school method cheapened user experience:

Laws of supply and demand kicked in, and everyone had tons of inventory, and you're throwing it through these third parties, that are giving you a penny an ad, and it doesn't really add up unless you get more and more pageviews. So then you want to do more. the next thing you know, you have something that has no value to the consumer, and so, of not much value as a brand." — Jim VandeHei

Axios has straddled the challenge of monetization + user experience with their provoking and relevant content, but also with the help of RebelMouse's Social UX feature. We've blended the home page experience with social feeds to help platforms + media companies live in harmony.

Because harmony means your followers are happy. Happy enough to drive your engagement.