The relationship between Facebook + publishers is complicated — chalk it up to the modern-day romances of Ross + Rachel, Carrie + Mr. Big.

As publishers, content creators, community managers, and marketers, it's something we've got to figure out. The platform has surpassed Google as the primary driver of referral traffic. 40% of Americans get their news from Facebook. 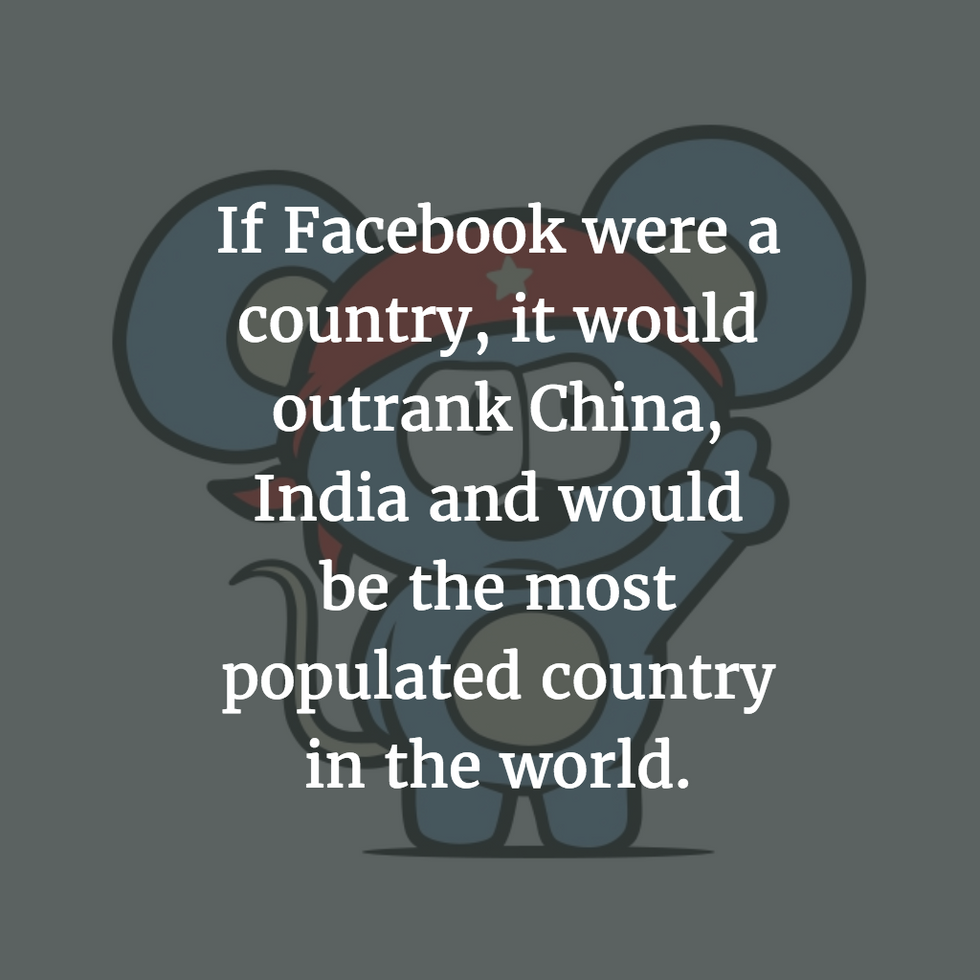 Those stats aren't necessarily shocking anymore. The platform is a behemoth, but still, there's something kind of amazing that Facebook has done with Instant Articles. The feature launched to all publishers nearly one year ago, so by now you most likely already breathe a sigh of relief when that headline you want to read more about has the lovely lightning bolt. And in turn, you probably become frustrated when you tap an article on Facebook + the slow load time annexes your phone.

Since its soft launch in 2015, Instant Articles have been widely adopted, and we would be lying if we didn't say it's a trend we're happy is here to stay. But it continues to be a contentious point for media companies and brands who aren't ready to let Facebook take more control.

It's easy to become frustrated with platforms. They wine-and-dine your content while you play third-wheel. And there's no way you're going to get a second date in your part of town. But Instant Articles are also making sure your relationship is a happy one, because a good user experience means loyalty for your brand.

But Instant Articles has had a tough go at romancing publishers.

If you're not taking advantage of Instant Articles yet (and there's still some pretty big holdouts), you're missing some serious unearthed potential. Here's a brief rundown of the rocky road that got us here + why you should table your platform woes on this one.

ICYMI, Instant Articles is Facebook's mobile-only, native publishing platform formatted and optimized to load almost immediately. This is big considering the average human attention span is approximately 8 secs. We like to read things, but only if they load fast. Not to mention IA gets a front seat in the EdgeRank algorithm. Minimal wait time = happy users. 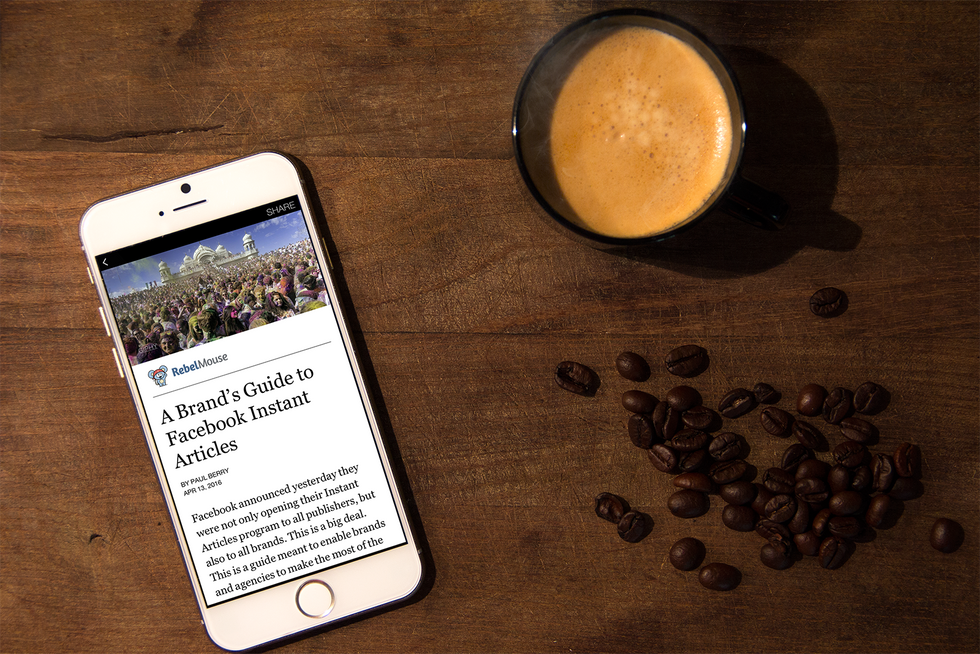 Initially, Instant Articles launched in 2015 with a handful of publishing partners, including BuzzFeed, The New York Times + National Geographic. At RebelMouse, we worked with Facebook closely to create a seamless integration with our publishers, including PAPER Magazine + The Dodo. Then, the platform launched Instant Articles to all publishers during the F8 conference in Spring 2016. Since then, the user experience has paid off:

Still, there were some sharp growing pains as soon as Instant Articles went live. The obvious "Wait, what?" moment came from the shift in inbound marketing. On the surface, Instant Articles seemed to be just (more) hosted + hijacked content that never left Facebook. How could brands justify converting their content to Instant Articles with what seemed like little to nothing in return? This was the source of deep-rooted unknowns that both publishers and the major social platform had to come to a meeting place on. In the past two years, Facebook has worked with publishers to clear up doubt.

Smoothing Things over with Publishers

The turbulent relationship between FB Instant Articles + publishers can be broken down into two big bumps: editorial freedom and monetization.

Editorial Freedom: Brands, new media companies, and especially members of the news industry, were worried about Instant Articles taking away the ability to control design. Not only was Facebook taking control of content, but it was getting rebranded to all fit the Instant Articles aesthetic.

This made everyone in the industry nervous. Facebook is the hub of customer acquisition where readers begin the traditional marketing funnel. It looked like the platform was hijacking the ability for any brand or media company to stand out. This uniformity was even credited with playing a role in 2016's fake news fiasco. 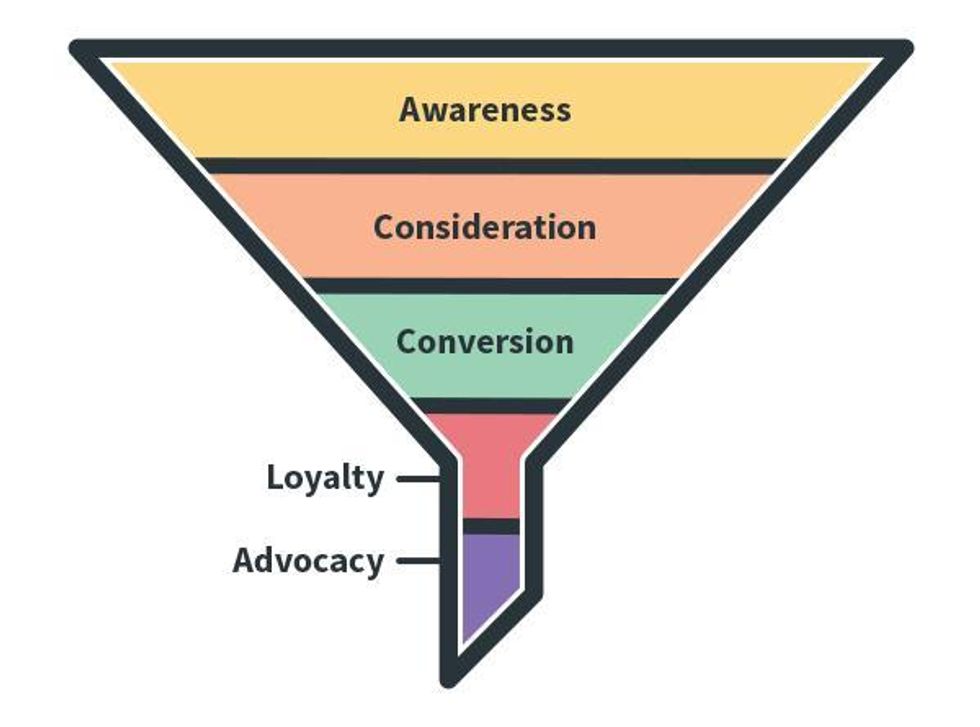 Customer advocacy starts with awareness. Where else can you grab the attention of millions?

To combat this issue, Facebook set up HTML and RSS feeds to display articles with fonts, layouts, and formats to match publishers' editorial look and feel.

And on a larger scale, to preserve journalist integrity for news outlets, Facebook created The Facebook Journalism Project. The FB Journalism Project is a collaboration between the platform and journalists to produce new products, training, and tools to expand IA's creative capabilities. Most notable for publishers are story packages where uber-engaged readers can see multiple stories at a time to help users discover more of the publisher's content.

Monetization: Facebook has received the world's longest side-eye from publishers for hosting their content, and potentially making money off it too. When Instant Articles dropped, many publishers feared it would be the final nail in their page view coffin.

But through Instant Articles, publishers who serve their ads on the platform keep 100% of the revenue. If publishers are using Facebook to serve ads through their Audience Network, Facebook takes 30%.

The Facebook Journalism Project also enhanced monetization flexibility with customized ad experiences at the article level. The platform recently increased ad frequency — now ads can appear every 250 words rather than the previous 350. The platform also partnered with ad tech company Polar so native ads could be served just as display ads within Instant Articles. Around that same time in March 2016, Facebook introduced video ads within articles as well.

"We've really heard it loud and clear that [publishers] want a deeper level of collaboration, not just in partnerships but in product and engineering." — Facebook's director of product, Fidji Simo

A Nod to the Future

Still, several big-name publishers are holding off on adopting Instant Articles. The idea of forgoing reader data and losing full control of their distribution remains disturbing to big-time legacy names like ESPN + Bloomberg.

Despite any hesitations, it doesn't change the fact that people spend an average of 50 minutes on Facebook a day. The platform has captivated the eyes of 1.8 billion users around the world. That number will only keep thriving. With innovative features like Instant Articles, the platform can reach even more people around the globe by speeding up content delivery.

But mostly, Facebook's user number continues to grow because the platform does a great job of churning out innovative ways to keep people on their site.

But Instant Articles is just one small way that Facebook has continued to control the global audience. Since then, the platform has launched its algo-happy live feature to all mobile + desktop users, ads in messenger, and its latest Snap-like alternative, FB Stories. Also in 2017, the platform has taken its first steps to reinvent the way we watch television too.

Facebook delivers to its users a better, faster experience that's multidimensional and engaging. The user is smarter than the old model of site-driven traffic sponsored by display ads and pop-ups. And that's why they live on the platforms.

So even if you are the grumpiest of Facebook users, acknowledge that at the very least, the platform is treating your followers right with user experience. The more quality time spent engaging with your brand means the more loyal your fans become. And in the end, a better experience also means better ROI — and yep, a better internet.

Click here to check out the various ways RebelMouse works with Instant Articles.